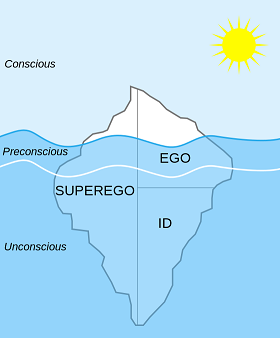 Part one:
What is common to what the grown up suggests to a kid, the psychologist to a client, the educator to the pupil, the experienced to the young – is to program what is wrong in them by logical concepts and methods.
The feeling which supports this approach is that our problems are caused by lack of rational ordering of what is p
roblematic.
Psychologists and consolers claim that our problems in life stem from lack of organization. For example in a relationship: we did not made a contract, we did not clarify things and did not share areas of responsibility.
And on the personal level we did not clear to ourself what is the price we are prepared to pay, and so on.
In short we did not order our life, and if we do that our life will not only be bearable and controllable but also pleasant and good. Life as an object for taming.
We are told that what we need is to operate the rational self and with it to put in a structures the defected, problematic and childish self.
This is the approach towards the parts in our personality that fails us; all which is wrong with those dark sides is that we did not impose upon them, upon the wild demons of our life – a life of control, structure and order.

Almost every authority tells us to manage our life according to logic and order.
This is on the personal level, and so it is in the global level, of society and nationality; the human race tries to find a form of a government to ménage the chaotic outbursts of distress, violence, conflict or hostility. From time to time another form of government rises up: socialism, Fascism, Capitalism, republican, conservative, right wing, left wing – but they were still unable to control primitive forces that destroyed any attempt to govern what was living in the human depth and abyss.
So Psychology, so kinds of governing – are convinced that now that we are leaned, more educated, have more information – the horrors, neuroses and faults of before – will not return.
We indeed are proud to be rational and to be very logical about our life.
Our rationality tries all the time to wrap in a net, ménage and organize what leaves in the abyss and the subconscious of human beings.
But from time to time the net is torn by what gushes from inner darkness.
And we believe that with the next net, which is the next scientific research, we will be able to wrap the logical net and imprison the turmoil of the inner demons. If it did not happen until now, it is surely on the way…
But it is not the intellect that should understand and organize the subconscious, it is the other way around…
It is the unknown and the subconscious that should bring up its abundance (for good or for worst) to the dry fields of logic and a leaner way of thinking.
From intuition to intellect. From the depth to the surface. From the unknown to the known.
Like in the phenomenon of Vertigo; to us it seems that what is needed is more organization, more categories to which we put the unknown, more scientific researches, more order. But we are not short of hierarchy of knowledge and order – but of inner, dynamic forces from within that will bring life into the regiments of dry intellect, on the outside.
In our culture the heart is forced by logic and intellect, but for us it seems that the problem is that we did not apply enough logic and organization upon the heart.
This is the darkness that should reach the light and not the other way around.
Light destroys incubation that happens in the dark.
It is the day which is born out of the night.
It is knowing that comes out of confusion, and not the other way around.
The understanding is born out getting lost and not the other way around.
It is the inside that should reach the outside and not the other way around.
For example, in poetry; poetry needs mystery, for a poet is not only a craftsman, he is an artist, and as an artist he should hold on to ‘not knowing’ and this is in order to allow what he does not know to guide him into what he knows, so that the poem will come out.
In creativity in general, and specifically in poetry – it is what is unknown to the poet and lives in him that guides him in writing the poem and not the other way around.
So in creativity, but science tries to teach us otherwise.
Our world suffers from over organization, over learning, too much knowledge, too many meaningless facts.

Part three:
The way of things describe the great control of science over our life, most human beings believe that science, knowledge and learning is advancing us towards the desired happiness.
This control is suppressing the richness of our inner life.
So, what is left? Art, it carries the flag of the wild darknesses – in quality prose, in great dramatic works, in poetry – they write about creatures of the dark that was pushed outside what is acceptable.
Quality art and dark philosophy (Heraclitus the dark) radiates upon the security of our learned life – the mystery, the uncertainty and the dynamic and demonic power, of what lives in us.
Like in women’s discrimination; they protest almost on anything, but the base of the misjudgment done to them by men – remains almost unchanged, for they govern through hidden, unformal messages, and because they are hidden and unformal, it is difficult to track them and thus to erase them.
Conversation is not a way to understand what is doing damage in relationship; on the contrary, we talk in order not to allow for the wild demon from entering into the area of the stale water of the common conversation, and to charge it with the unsafe groundwater. We talk about anything and nothing. And so are blocking the flow from within.
We are trying to explain the depth of the abyss by the flat topography of the flatland and not the other way around.
But it is:
The abyss that should explain the plan,
The unknown to explain the known,
The dynamic and the dark to explain the static and conventional,
The misleading and the mysterious to explain the known and what is forecasted.
And not the other way around…
Truth is in the depth and she is the one that has to redeem us from world of images, masks and simulacrum.
It is the subconscious that should stream to the consciousness and to charge it with the electricity of the soul and the spirit. This is the hidden truth that should ‘explain’ the logical leaner truth, and not the other way around.
It is the wildness and greatness which are in our inner space that should break through our borders of intellect and logic.
From the outside we are scientists, business man, executives, etic. But inside we are prisoners. The wildness and courage that could be us, is trapped in the prison of being average.
Maybe one day the wild abundance will surge and break the walls of our ‘normality’… and it will turn us to be part of the dark, mysterious, dynamic streams of life.

Part a: We live in a world of objects. Once, a long time ago, there were fewer objects than people, today we are drowning in them. And not only the…
Read more
(From the book: The Mysterious Life of Reality) And you can also know how to say goodbye… Gather together everything that will be left behind, everything that is scattered, thrown…
Read more
The mystery of human existence is undeciphered. Each generation attacks the mystery full of enthusiasm and inspiration as if it were a first attempt, as if there were not…
Read more
Antigone. A Greek tragedy by Sophocles. Painting by: Frederic Leighton, Two fragments on Tragedy: * Life’s but a walking shadow, a poor playerthat struts and frets his hour upon the…
Read more
The world is so full of books and people suggesting us how to live, how to live better, or what did you learn from this or that about how to…
Read more

Duke Mu of Chin said to Po Lo: “You are now advanced inyears. Is there any member of your family whom I couldemploy to look for horses in your stead?”…
Read more