But we don’t treat the shadow as a byproduct of the light. We judge ourselves for having a shadow…

Every quality or characteristic has a dark side and a light side.

To every phenomenon in the world, to every quality, there are two poles:

1)   The light side – the essence and the inner being of a person.

2)   The shadow side – personality, the behavior of a person as influenced by societies’ norms.

The first example is competition: Many people who are competitive – don’t like it, and so they fight it, but they don’t understand the mechanics of a competition:  each one of our qualities, or characteristics – are on an axis with two ends, one end is a social norm, and the other is an essence, endemic quality. So if we take competition, it is the social end, while the other end is a powerful motivation to actualize our talents and destiny. They are on the same axis, one is an essence quality, and the other is a translation of it on social terms.

This is true to any characteristics we have, they are all on an axis. So, competition is not bad, it is only the social translation of endemic, essence quality.  So, if you limit competition – then unfortunately, you also limit your motivation to bring out your high motivation to actualize yourself.

Without understanding the concept of the axis with two ends – one will always judge himself because of the social end.

When you find an undesirable quality, don’t go against it, just look for the essence complimenting quality.

Having a very powerful competition urge – means that you have an equal powerful quality of self-actualization!

(The one who could identify the two poles is the observer. His job is to allow the person who is based in one pole – to also see the other. Then he sees the truth fully, and in a non-personal way).

It is a revolutionary and groundbreaking concept, this way people will not destroy themselves because of qualities they don’t like, but instead strengthen their inborn essence quality.   And yes, one should accept his competition urge, because it is the shadow of his powerful and important – essence quality of self-actualization. The only way to deal with competition is to balance it with the essence quality, on the same axis.

In order to get free from one corner you need to know what the other corner is.

The stronger is your self-actualization motivation – the            more powerful will be your competition urge.

Another example: self-doubt. The shadow side is self-judgment and self-crucifixion, ‘something is wrong with me’. The light side of the same quality is searching the truth of oneself.

Being able to hold both poles; the light and the shadow – is to have maturity and live at peace with oneself.

Everything in us appears in pairs; one is our inborn natural quality, the other is being printed in us by the influence of social norms.

Every characteristic in a person appears in a bipolar way.

A person, usually, identifies with the social pole and is unconscious or dismissive of the essence/light – pole.

We are very influenced by what the public opinion says about us, and we adopt it, ignoring and forgetting the essence pole.

When someone points out to you about a negative trait in you, you need to remember that there is always the light side of that quality.

When we see people, we mostly see the shadow side, because it is external, and the essence side is usually – hidden.

Another example is lack of patience. So, what is the light/essence pole of impatience?

The other end could apparently be an ability to react and respond fast, without losing time. But this is still on the same pole of impatience. The real opposite end, the essence quality, is: having fire burning in you. Lack of patience is the shadow (negative) side of having inner fire.

For example, if you listen to a person who is wasting your time by talking about trivial matters – you might judge yourself for being impatient, but the deeper truth is that this is because the fire of searching after truth in you, needs good burning material; like talking about important and core matters. So, you feel that with this person you are impatient. No. it is your fire which loses its power, and this is the core reason why it is disturbing you.

The opposite pole which is usually missing, is the essence pole, and taking it into account, will balance the shadow side.

The best example is from the story: “the man who understood horses”*. In the story the man who could not tell the gender and color of a horse (shadow quality) has an essence hidden inside; and it is his ability of understanding the higher levels of a horse.

Adding to the picture the essence pole  – creates deepening. Deepening is created by the joining of opposites. Focusing only on one of them, (too often, it is the shadow side) – creates superficiality.

So, when we don’t like a quality in us, we should not go against it, but try to find the complimenting light side of the same quality. This will give the person a whole panoramic view of his psychology. We are more complex than what we would like to think. But we don’t like opposites, or inner conflicts, so we usually ignore the essence of quality and pay attention only to the dark side because of the great dominance of societies’ norms.

Special people have got more such opposing poles, and they are more extreme (the poles).  The greater is one’s soul, the distance between the poles  – would be greater.  If we use the impatience example, then apparently a special person will be much more impatient than a non-special person, because the fire in him is burning strong.

People should not judge themselves. The road to self-acceptance goes through finding the complimenting essence quality.

Great people have got great paradoxes, and the way of a great, or special person, to destroy himself, is by not taking into account the essence/light side.

There is no bad without good and no good without bad. Now, when a person is disconnected from his inner being (his soul) then he always separates the poles of having good and bad qualities, by identifying with the shadow side. This is an anti-creation approach, for creation always bridges between opposite poles, in order to create and give birth to something new. The atom bomb happened because they separated between the proton and the electron, and then they attacked each other, and then the explosion happened.

Balancing the shadow side with the light/essence side creates a great melting and reconciliation with oneself, which leads to self-acceptance.

The outsider is all the time in a conflict; ‘is something wrong with me’? (For being an outsider) Or is it a sign of being very special? The truth is that you are both; towards society you are fucked up, but in you, you are a rare unique person.

A quantum leap happens the moment you manage to seize the shadow and the light as existing on the same axis. At that moment you are born into a higher level.

We should not cancel or repress what we don’t like in us, because then we also decrease the power of the essence quality.

Part one: The demons in the shadow I would like to begin with a story of Franz Kafka: metamorphosis in which Gregor Samsa, wakes up one morning to find himself inexplicably transformed…
Read more 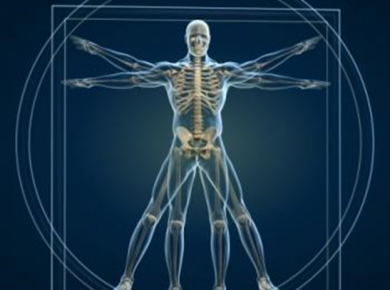 There is an interesting parallel between the human body and the personal position of all people within the structure of society. If we take the brain to be the first…
Read more
We lived in secret. The unknown surrounds our lives in a siege. And within that, isn’t it only a percentage of what is known. We desperately try to overcome the…
Read more

The world of knowledge and information is fascinating when examined.Let’s begin with children; between the ages of few months up to the age of six – they exist in children’s…
Read more
About partial consciousness Part one: When we view a group of growing shipanzees or other group of growing animals, such as elephants – we find there support, love and mutual…
Read more 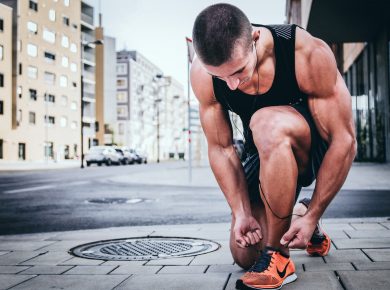 We are bombarded nowadays, almost nonstop about the need and absolute necessity of doing any possible kind of physical activity, whether it is walking, running, (The iron man triathlon for…
Read more