We live in a perception of the hero in the western movies. He is all good and the villains are all bad. The difference between a shallow western and a deep drama, is that in deep realistic play the figures are also bad and good at the same time, with no barrier between them.

And this approach is also present in our life, wishing to arrive at life all white and no black, convinced that our life is leading to that state. And once we arrive at all white – all will be good. This is one of the reasons we go to a psychologist; to reduce what makes our life miserable and to increase the good in our life, knowing that when the balance is more good and much less bad will be happy.  On the whole our aspiration is towards a state of all white and no black.

We never give it up till our last day; evacuating out what makes our life full of suffering and having what is left – suffering free.

We live in a two dimensional universe: good and bad, and the goal is to have just white – and black free, and to have the black out of bound, only white, full of white, no black.

The fantasy of our life moving towards all white is an infantile one, and maturity is being able to live with both.

But the bad in our life, not only that it should not be denied but it should be hugged and accepted into our life as biological son/daughter; a synergy.

This childish-infantile approach that the black is what corrupts our life, and if we remain just with good qualities our life would be trouble free. What is to blame is our life is our bad attitude, bad responses, bad feelings, negative emotion, etc. and when we get rid of them and are left only with good feelings, nice attitude, correct reactions, proper ways of goings on etc. – our life will be great.

But as with other things we see things upside down; The truth is that when the bad is expelled or repressed – it is most dangerous. Like with two people when one is all good (a victim) and the other is all bad (a victimizer) – the good is attacked by the bad. But what happens when they are friends, they both accept the good and the bad in the other equally. Friendship is not about both being all white, but by being able to accept in the other the good and bad -equally.

When we externalize the bad, outside, it get stronger, but if we accept it as a legitimate part of us – it gets weaker…

In the symbol of Yin and yang one pole internalizes within itself its opposite. But instead of this we push what we consider to be the antithesis of what is good in us, outside of our perception. But when we do that we will only strengthen it, and this is because staying outside of our perception, it gathers power and momentum, (not being modified by the thesis), anything we push outside or inside our consciousness – will only gather power. Things out of our control can gather power when we are not monitoring it.

But there is the Yin and Yang way; internalizing the antithesis, inviting it into our perception and conception, in such a way, that any moment it is present with us, in our mind, in our front brain, not leaving us for a moment, this is the best way to address what is against what seems to us for us. When it is part of you its threat turns into strengthening, when it is outside of you – it is an enemy.

It is like antibiotics, when the plague arrives its effect could be devastating, but if we get injected with a (weakened) version of the virus – we are immuned. If we don’t take it in – we are exposed, unprotected from it.

Only if you internalize your antithesis before it hits – you are immune, but if you clean your mind (by repression) from any thought about the possibility of its happening, then it will attack you most powerfully. Outside it is strong, inside it is strengthening…

It is paradoxical, I know, but if we think about it in terms of positive and negative it might be easier to comprehend; negative gets attracted to positive, and like poles – repel (each other).

When bad or the antithesis, is about to attack us, and we have no antithesis within, then we are totally venerable; physically, energetically and psychologically, but if we accept it, ant let its idea be alive in us, it will act as a kind of firewall against the attack.

Only by accepting it, internalizing it, making it part of us – can we live with it, A clarification: fear of the worst that will happen to us is much more powerful when we repress or expel it, rather than when we accept and acknowledge it.

If you don’t have something in you before it happens, some of it, then when it happens it will have all of you.

Antithesis within the thesis, is immune, protecting, intact, balanced and powerful. Antithesis outside the thesis is being vulnerable to be victim of the antithesis.

One of the examples of internalizing the opposite could be found in the glorified tradition of the Samurai towards death. They have a different attitude them most people, they don’t push the possibility of their death out of their consciousness, they live with it very intimately, as a friend, they fight as though death is already in them and this achieves two things: one is; they already died inside, so they fight with no fear or stress  just wit reconciliation, so that they have nothing to lose, and the other is, because they are already at peace about dieng, they don’t die in fear but with self-respect.

Games develop your imagination, they encourage creativity, socially they are unifying, they are essential simulation towards the experience of reality, and from this aspect, games are very positive. But a…
Read more 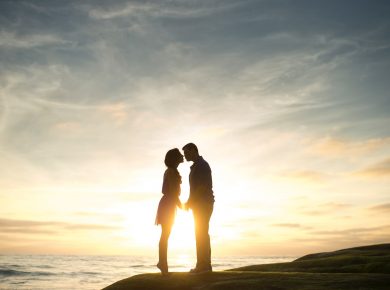 There is a phenomenon that happens amongst fresh couples, that just unite, and for a want of a better word I call it: to ‘click’. It happens usually to couples…
Read more
One of the great problems of highly developed conscious people is in communication; there they might be conceived in the opposite way to what they are.When they are two friends,…
Read more
The greatest anesthetics are around us and everywhere and this are humen beings; a person seats in his room alone, and to the room enters a person or group of…
Read more
Part one: territorial signals:People live, communicate, having relationships. And under the surface there is a war, a struggle. And the war is a territorial war. Almost every person wants to…
Read more
Part one: between me and others. Whatever is clean is bound to get dirty.Whatever is pure is bound to get contaminated.Whatever is flowing is bound to get blocked. Whoever is…
Read more