During our life we suffer from hits, difficulties, breakdowns, hardships, crisis and tragedies. And on a superficial look it might seem that almost everyone gets ‘their share’ (who is more and who is less).

Generally we don’t think much about it, when we meet such a person (that crises hit him more often) it seems to us that ‘that is the way it is’, it is a coincidences, or lack of luck (being at the wrong time in a wrong place).

And it could well be that someone is falling under a heap of troubles while his neighbor or friend is almost free of trouble, and still we tend to think that ‘everyone and his bag of troubles’ and we move on.

But is it really vague and accidental or there is something else behind it? Is there some hidden structure, a particular reason for that? In other words why it seems that crises happen to certain people more then to others, and more often and even in a more difficult way then others?

The theory that will be brought here is quiet radical.

Delicacy which is a sign for high quality and high level is also fragile; a vase made of porcelain is fine and delicate – and therefore it is more breakable than a vase made from ordinary clay. What is delicate and of quality is also venerable and easy to be broken. The most beautiful flowers, which are of high quality are also delicate (such as orchards) and thus are more subject to illnesses and to suffer from bad weather and pests and therefore the conditions for their growth are stricter.

A gentle and delicate flower is being damaged more than wild or common flower by pests and the weather, and the damage in them is more extreme.

If this is the case with flowers, than the same with human beings (that mainly, in the level of their inner life) are more delicate and therefore are even more venerable then the most fine, delicate and of high quality – flowers.

A fine person, like a fine flower) collapses very quickly when crisis arrives.

And here things are very clear; what is fine is less durable in Injuries that what is less fine. So, on the surface, it is indeed seems that hardships come to all people the same, more or less, but underneath it all  – the gentle souls are less durable in this difficulties then others.

And so far it is quite reasonable and not so difficult to accept, but according to the radical theory the following question arises: is it the case that more difficulties and crisis and the like – fall upon those gentle souls then upon a less gentle persons?  This is difficult to digest and agree to.

A highly sensitive person (HSP) experiences the world differently than others. Due to a biological difference that they’re born with, highly sensitive people are more aware of subtleties and process information deeply. This means they tend to be creative, insightful, and empathetic, but it also means they’re more prone than others to stress and overwhelm.

Although being highly sensitive is completely normal — meaning, it’s not a disease or a disorder — it’s often misunderstood, because only 15 to 20 percent of the population are HSPs.

They would see the world differently; deeper, less conventional. This people will also – because of their high sensitivity, will receive the followings in a more difficult (and even traumatic) way: criticism, power struggles, dominance, aggression, rudeness and the like.   But it is more than that – it is not only that they are more venerable then the majority of the rest (80% according to Dr. Aron) but they will ‘attract’ to them more ‘fire’, and by ‘fire’ it is meant: misunderstandings, impatience, lack of cooperation, stigmas, judgments and so on.

In New York, in the period before Mayor Rudy Giuliani, cases of mugging were very frequent, it was found that not anyone passing in the streets of New York was mugged, and not only that, there were those that were mugged several times.  There were researchershers that decided to investigate this phenomenon, and in a research done in the seventies, they asked prisoners that were in prison because of mugging – to watch a video in which people are walking on the street and ‘choose a victim’. All of them chose the same people, and the reason was in the way those people walked and behaved; The muggers look for an easy target, a person that lacked self-confidence, being different,  portrayed weakness and a general lack of self-awareness; a kind of a subject to be a victim.

Another aspect from which this phenomenon could be examined is nature. It is very clear that nature (in search of a better word) is trying to get rid from the sick, the weak and generally from the disabled. This is a very most famous theory of Darwin called: Survival of the fittest, the strongest and the fit are the ones that survive, and the weak do not, for a weak part of an organ (be it a thick leaf in a plant, an injured elephant in a herd of elephants or a lion with an infected leg) is weakening the whole organism. In a herd of animals the strong will attack the weak, in a hen house, if one chicken is bleeding – the others will peck her to death.

In nature the fine and delicate animals, such as the dear or the young animals in a herd (which are less able to run fast) – are being eaten by the more rough and aggressive such as a tiger or a lion.

But we should know better; those who are of fine quality should get a protection of society, the same as we do to endanger species – we put them in nature reserves and breed them under control and supervision. We do the same to rare and fine plants and vegetables; we out them in a green house where they will be covered by sheets of nylon to protect them.

But we hardly do the same to our highly sensitive individuals.

The human society does not protect the fine and that which is of quality, such as a gentle and the highly sensitive kid in the class, he is often being attacked and being put in boycott by the strongest.

And so it seems that the more a kid is highly sensitive and gentle – the more he is experiencing humiliations, attacks and the like. This in turn will affect his self-image and self-confidence, and the worst thing is that he will turn against himself, will begin to doubt himself and will come to accept that something is wrong with him, instead of him seeing himself as special and of quality.

And so many wonderful poets in potential, and artists, thinkers and spiritual searchers  – are exposed to very difficult ‘weather conditions’ as they grow up and later, and most will not arrive at being able to come at self-actualization  and self-fulfillfuliment.

On the outside it seems that everyone has got an equal chance but there are many subconscious and hidden messages – which are being directed towards the fine and the highly sensitive, this messages filter into them and poison their delicate inner life.

It is true that accomplished artists get affirmations and prizes but until they get recognition – they are exposed to this subconscious messages.

Evolution and development of society at large are coming from those agents of change, those highly sensitive individuals. And unless they will be looked after and get a protection – the cultural life of society will freeze and become stagnant.

But it sees the special and the fine – as problematic.

And so, those who are in need of cultivation –are perceived as a burden on the system.

And those with a spark – as emotionally unstable.

Those with spiritual potential – as neurotic and in need for psychotherapy.

And so it happens that those with fine and a special potential – are the first to break down.

One of the areas that suffer the most in the life of those special individuals – are their relationships – being part of a couple or in a marriage, especially if it is with other highly sensitive individuals, this are fragile and unstable relations, the fabric of those relations is thin and easily be put to crisis.

And more this relationship is of quality – the ‘thinner’ it is, so thin that often it cannot withstand the load and pressure of the demands of daily existence.

In contrary to regular families – they absorb and absorb the loads and demands of life until the delicate layer of the family relation cannot hold it anymore and cracks start to appear.

And as well, the highly sensitive are being ejected from the family structure.

And it is not difficult to recognize them; they walk with bent back, their eyes might be lower, their walk is lacking grace, they might seat in the corners, apologize often, afraid to attract attention when with other people and more. And those signals are exactly the ones that will signal to the stronger in a group that they are weak, and therefore could be subject to intimidation and or isolation.

People born and raised in our current society cannot differentiate between the weak and the disable that might threaten the coherence of a given group and those of fine quality.

Our society a forceful one, material and competitive, works on power and not on fines and those who do not exhibit strength or power are being discriminated in one form or another.

This could be understood in some way, for what appears as weakness and a difference from the majority – could be a sign for a disease and the normative members ‘might catch the kind of virus that they carry’…

Part one: On psychotherapy and psychiatry. Physical doctors are excellent professionals when it comes to treating physical injuries and some illness. But when it comes to soul injuries there is…
Read more
Interdiction: Some people are born with what I call as: excessive soul. Or “free soul”, or: extra soul. It could also be called: a spark, In Kabala it is called:…
Read more
Undeveloped 35 mm, ISO 125/22°, black and white negative filmH.S.P. (highly sensitive person) is like a photographic film, there is a difference between a film (with which it is possible…
Read more
The downfallMany young women are falling on the side of the road, and the one who is stilling the show is the loud queen of the class. When a man…
Read more 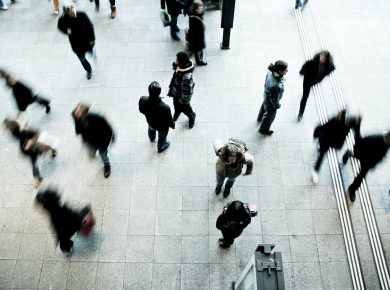