Long before a thermonuclear war can come about, we have had to lay waste to our own sanity. We begin with the children. It is imperative to catch them in time.
Without the most thorough and rapid brain-washing their dirty minds would see
through our dirty tricks. Children are not yet fools, but we shall turn them into imbeciles like ourselves, with high I.Q.s if possible.
(Laing, R.D. 1990a. The Politics of Experience and The Bird of Paradise. London: Penguin Books Ltd: p.49)

A little girl of seventeen in a mental hospital told me she was terrified because the Atom Bomb was inside her. That is a delusion. The statesmen of the world who boast and threaten that they have Doomsday weapons are far more dangerous, and far more estranged from ‘reality’ than many of the people on whom the label ‘psychotic’ is affixed.
(Laing, R.D. 1990b. The Divided Self. London: Penguin Books Ltd.
: 12)

We are living in an age in which the ground is shifting and the foundations are
shaking. I cannot answer for other times and places. Perhaps it has always been so. We know it is true today.
((Books Ltd: p. 108)

“Top heavy apparatus of psychodynamics and cognitive psychology is at worst a fantasy and at best a metaphor”.
by Rom Harre [04.11.98}

“What we call ‘normal’ is a product of repression, denial, splitting, projection, introjection and other forms of destructive action on experience. It is radically estranged from the structure of being. The more one sees this, the more senseless it is to continue with generalized descriptions of supposedly specifically schizoid, schizophrenic, hysterical ‘mechanisms.’ There are forms of alienation that are relatively strange to statistically ‘normal’ forms of alienation. The ‘normally’ alienated person, by reason of the fact that he acts more or less like everyone else, is taken to be sane. Other forms of alienation that are out of step with the prevailing state of alienation are those that are labeled by the ‘formal’ majority as bad or mad.”
–R. D. Laing, The Politics of Experience

Does being too good happens? All the time, the next stage is being misused or becoming a victim * Real self-acceptance means accepting yourself even when you don‘t accept yourself.…
Read more
Gabriel Raam is a philosopher, radical thinker, body language expert, essay writer, from Israel. He is influenced by:, Taoism, Zen Buddhism  Existential Philosophy: Martin Heidegger. Martin Buber. Erich Fromm.  Sehlmo…
Read more
Read more
Ten Rungs  The sacred sayings and short tales collected here by Martin Buber have their origins in the traditional Hasidic metaphor of life as a ladder, reaching towards God in…
Read more 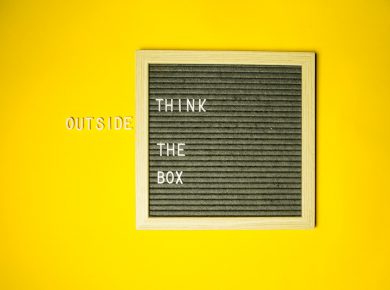 To do mistakes is to be human, and to be human is to do mistakes.*Bach couldn’t have possibly composed his music, no human can, and specifically not Bach’s music. A…
Read more
Venus from milo, symbolizes beauty. A preface:What attracts a woman to a particular man? And what attracts a man to a particular woman?Or in a more general sense: what it…
Read more