Two Powerful figures standing side by side, but there is no body language sign of any relation to each other. Each one is by himself/herself, to him/herself, just happened to be together.

Almost everything in their body language either does not fit the B.L. of the other, or actually contradicts it.

Communication, empathy, and being on the same frequency – were not there.

They are dressed partly as men and women dress at this period, but also we could find their personal touch;

Him: he is very formal, in fact he does not dress at all like an artist would dress at that time (especially not an artist of his stature and level). His clothes are very simple, definitely not new. Not the kind you go to exhibitions with or to Gala shows. My feeling is that he is wearing this low grad dress not because of humbleness, as much as it is because he does not attach much importance to the external appearance of him as a great artist.

Her: Let’s start with her head, first with her hair style: it has no style, it is just collected together tightly in what could be seen as an anti-feminine gesture (“I don’t want to be bothered with feminine hair attraction styles”), but having done that tough action and gesture, she must add on top of her hair, a little feminine ornament, might be a sign of an inner feeling of a woman that she doesn’t want to hide completely.

Now to her dress: feminine it is not, in fact it does not look much like a ladies’ dress, and it looks more like a big wide blanket that she wraps around herself, maybe to hide personally, maybe to blur the female outlines of her body. No doubt; a complex personality.

Their facial expressions could not be more different, even contradictory.

Her: She is totally inward, in herself, her eyes are closed, her expression is peaceful yet vivid, and together with her mouth being slightly open – it seems that she is silently whispering something to herself (maybe a prayer?). She seems to be in deep, alive meditation.

His facial expression is on the other end; his head is protruded forward as to make a friendly contact with the observer, a gesture of reaching out, but at the same time this gesture could partly be that of a bull charging forward…

His eyes are powerful, looking direct and straight at the camera, this person knows no fear…

Now to his expression; there are few expressions here, and they are mixed; we can find there: amusement, curiosity, wish to make contact, and much much liveliness, his face is full of life. They look so alive that it seems as though he was in the middle of something but was disturbed in the middle of it…

Her: Almost no visible hand, they are supposed to be the ones who make interactions with people; they give and take, without them we are disconnected from being actively busy with world, and by hiding them she radiates the message that this is not her uppermost wish and desire.. (to be in a give and take with people).

Him: Both his hands are out, exposed. Not hidden. The left hand is completely out but a bit clenched (simply it is not yet in active participation). The right hand is in his coat pocket, but this only to leave out the thumb which is a classic sign in body language theory for dominance and wish to control – Often seen with high-status individuals, the thumb sticking out of the pocket is a high-confidence display. (And knowing about his character – we are not surprised…).

Despite it all, the distance between them is quite close and near, which might show that despite many differences in character – they felt quite close to each other (most likely because of the appreciation to their mutual works).

Two different great artists; he is an extrovert, she is introvert, he is simple and dominant, she is complex and is living in a world of her own. She is in hiding, he is living life to the full.

“I used to think I was the strangest person in the world but then I thought there are so many people in the world, there must be someone just like me who feels bizarre and flawed in the same ways I do. I would imagine her, and imagine that she must be out there thinking of me, too. Well, I hope that if you are out there and read this and know that, yes, it’s true I’m here, and I’m just as strange as you.” 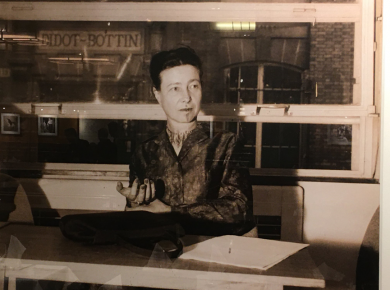 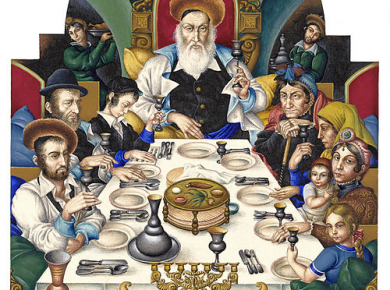